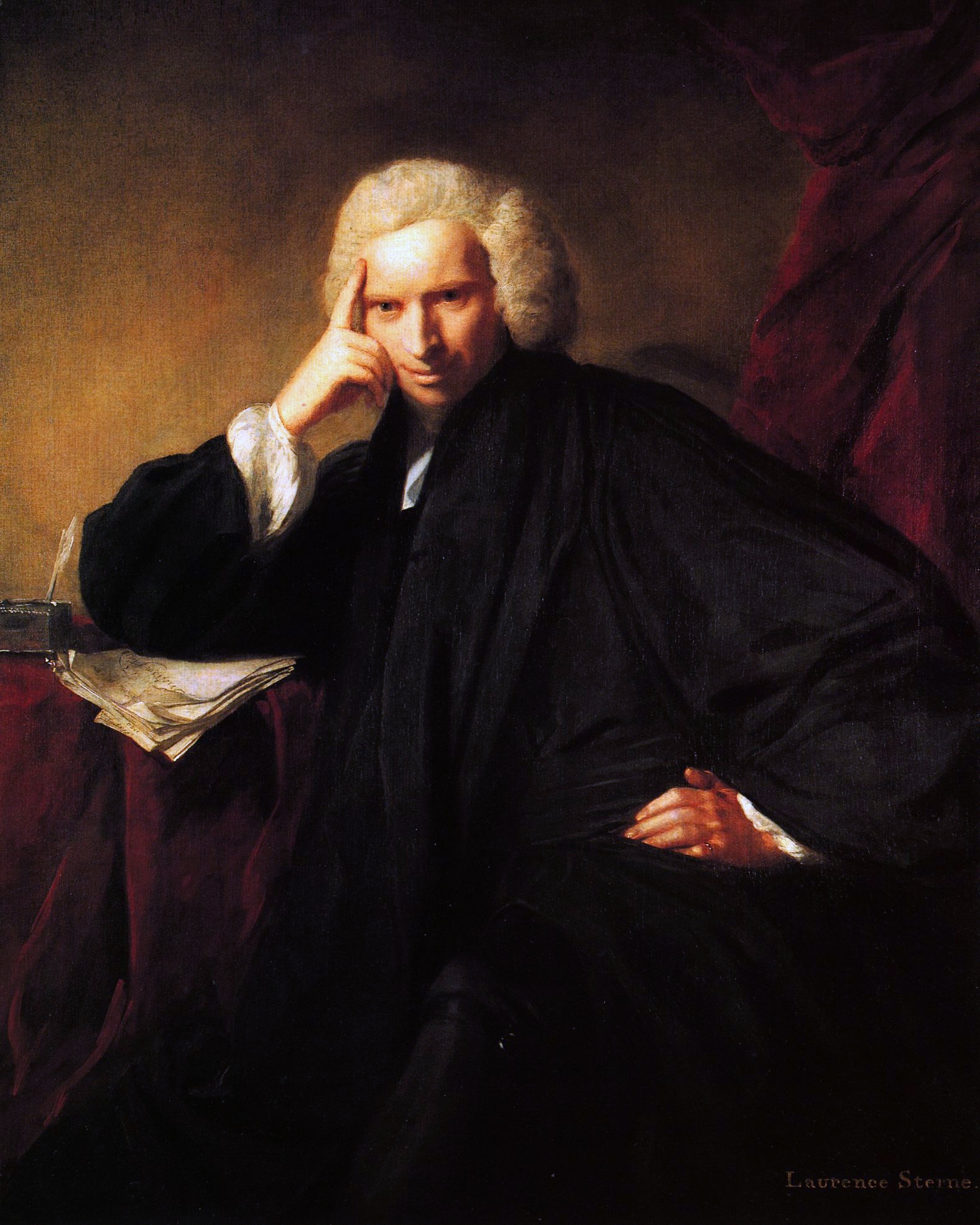 Laurence Sterne (24 November 171318 March 1768) was an Anglo-Irish novelist and an Anglican cleric. He wrote the novels ''The Life and Opinions of Tristram Shandy, Gentleman'' and ''A Sentimental Journey Through France and Italy'', and also published many sermons, wrote memoirs, and was involved in local politics. Sterne died in London after years of fighting tuberculosis.

Sterne grew up in a military family and spent his early youth travelling from place to place, mainly in Ireland but also (on brief occasions) in England. Sterne's wealthy uncle provided the funds for Sterne to attend Hipperholme Grammar School in the West Riding of Yorkshire as Sterne's father was ordered to Jamaica where he would die of malaria a few years later. Sterne attended Jesus College, Cambridge on a sizarship where he earned a bachelor's degree and a master's degree. While he was serving a vicarship at Sutton-on-the-Forest in Yorkshire, he married Elizabeth Lumley in 1741.

Sterne's ''A Political Romance'', an ecclesiastical satire, received harsh criticism by the church and was burnt. Having discovered a talent for writing, Sterne published the first few volumes of his best-known novel, ''The Life and Opinions of Tristram Shandy, Gentleman''. Sterne struggled with tuberculosis and travelled to France to find relief from his illness. His travels in France were documented in ''A Sentimental Journey Through France and Italy'', which was published a few weeks before his death. Published posthumously was ''Journal to Eliza'', a collection of his letters to Eliza Draper, a woman for whom Sterne had romantic feelings.

Sterne died in 1768 and was buried in the churchyard of St George's, Hanover Square. It has been alleged that Sterne's body was stolen after burial and sold to anatomists at Cambridge University. After being recognised, he was reinterred. His alleged skull was found after the churchyard was redeveloped and was transferred to Coxwold churchyard in 1969 by the Laurence Sterne Trust. Provided by Wikipedia
Showing 1 - 1 of 1 for search: 'Sterne, Laurence, 1713-1768', query time: 0.02s
List  Tabulka
Search Tools: Get RSS Feed — Email this Search —
Loading...